We've recently been doing up Minnow's bedroom. Out with the babyish animals and in with... day bed, dressing table, jewellery box and all the accouterments a young lady needs.

I'd always wanted a colourful chandelier, had coveted one a friend had had a few years ago. It would be perfect to replace Minnow's drab lampshade in her new colourful room.

Looking on Pinterest, there were a few but they were all six-pence-ive... £90+. Well we'd already spent a fair bit, even with a joiner who didn't show up, forcing us to learn joinery 101 over a weekend before the carpets arrived!

Anyway, a thought occurred to me. When I was about seventeen, I got a bead curtain for my birthday. Since then it has travelled far and wide, got snagged and snapped, been rehashed into smaller versions which have been hanging mournfully around our home over the last few years. Time for another re-incarnation me thinks! 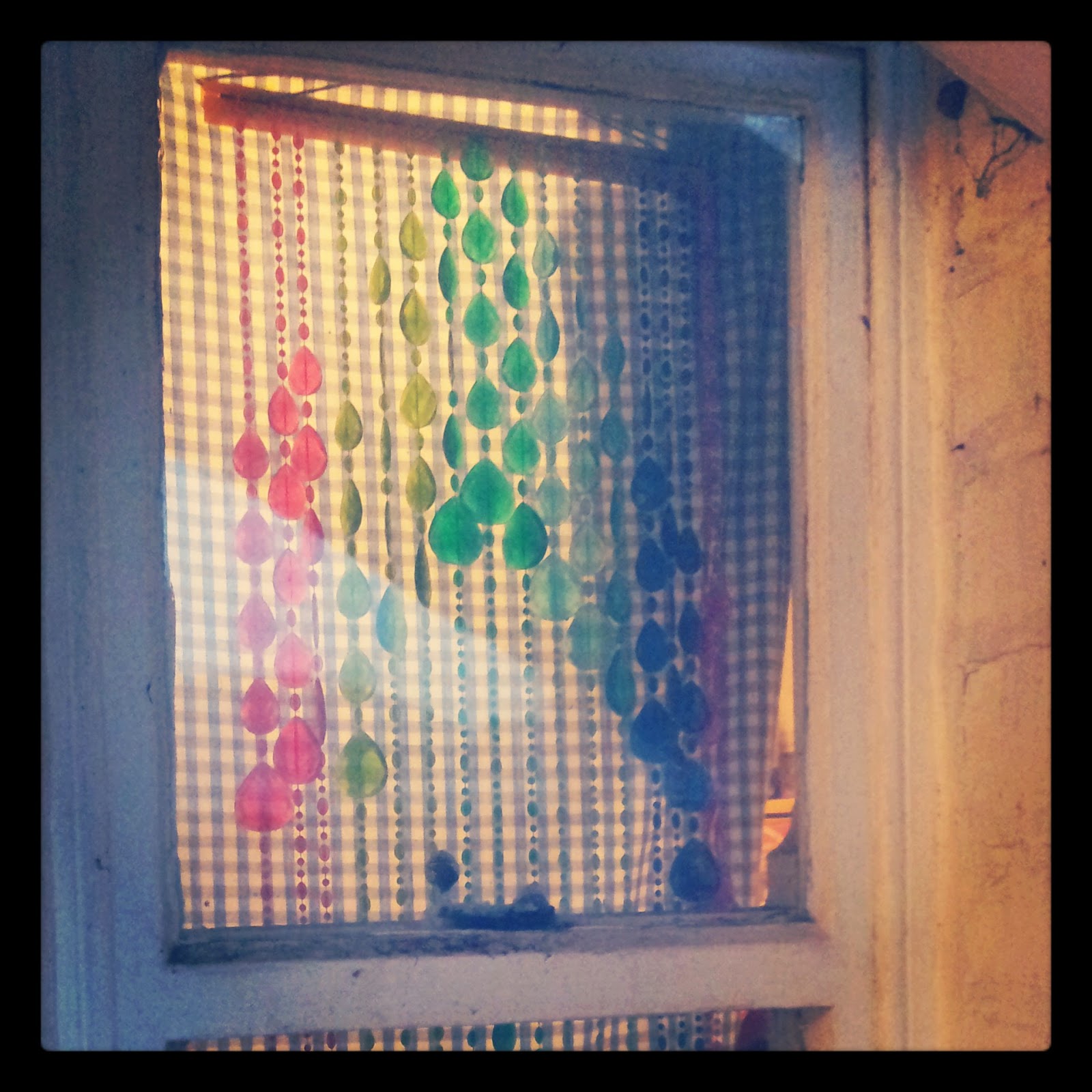 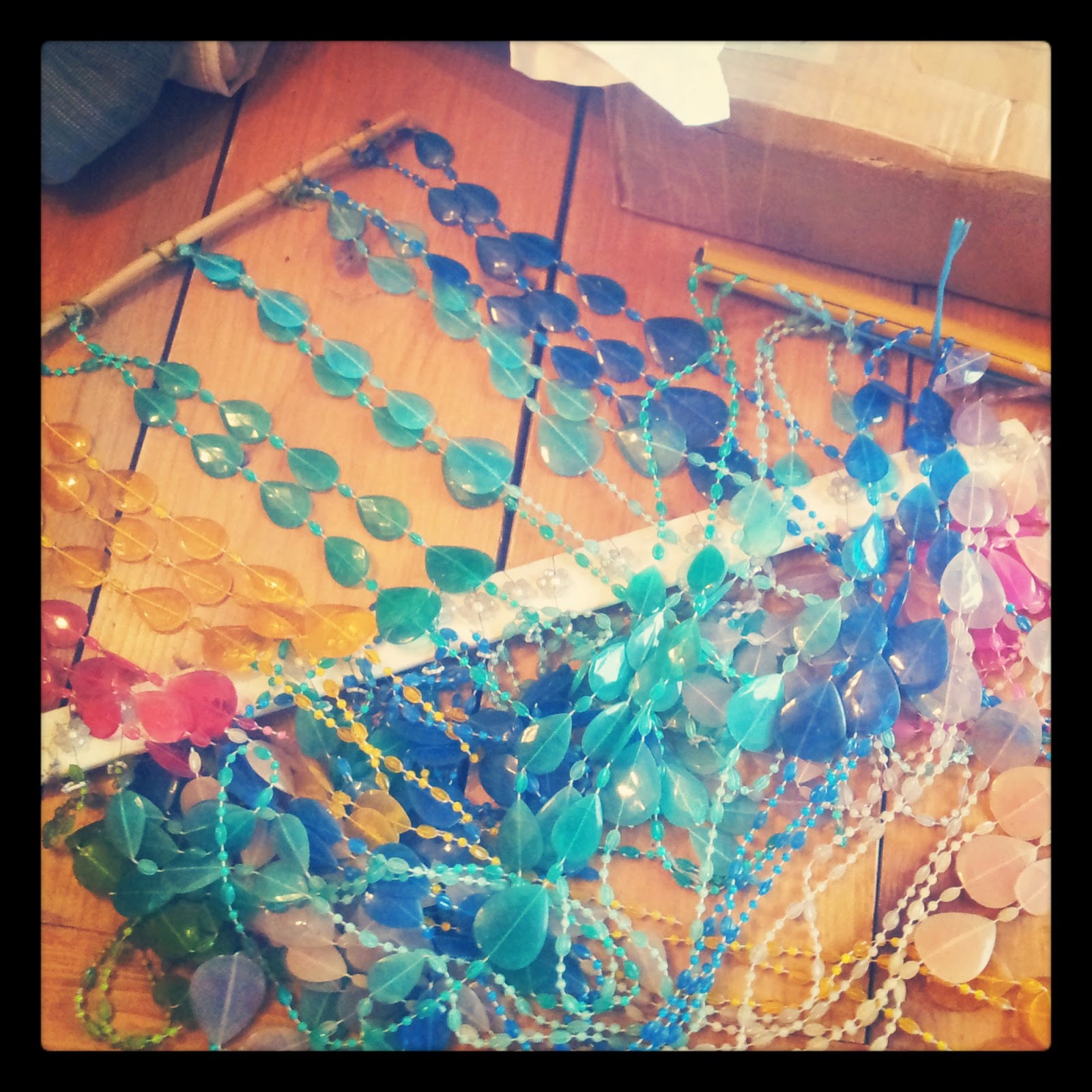 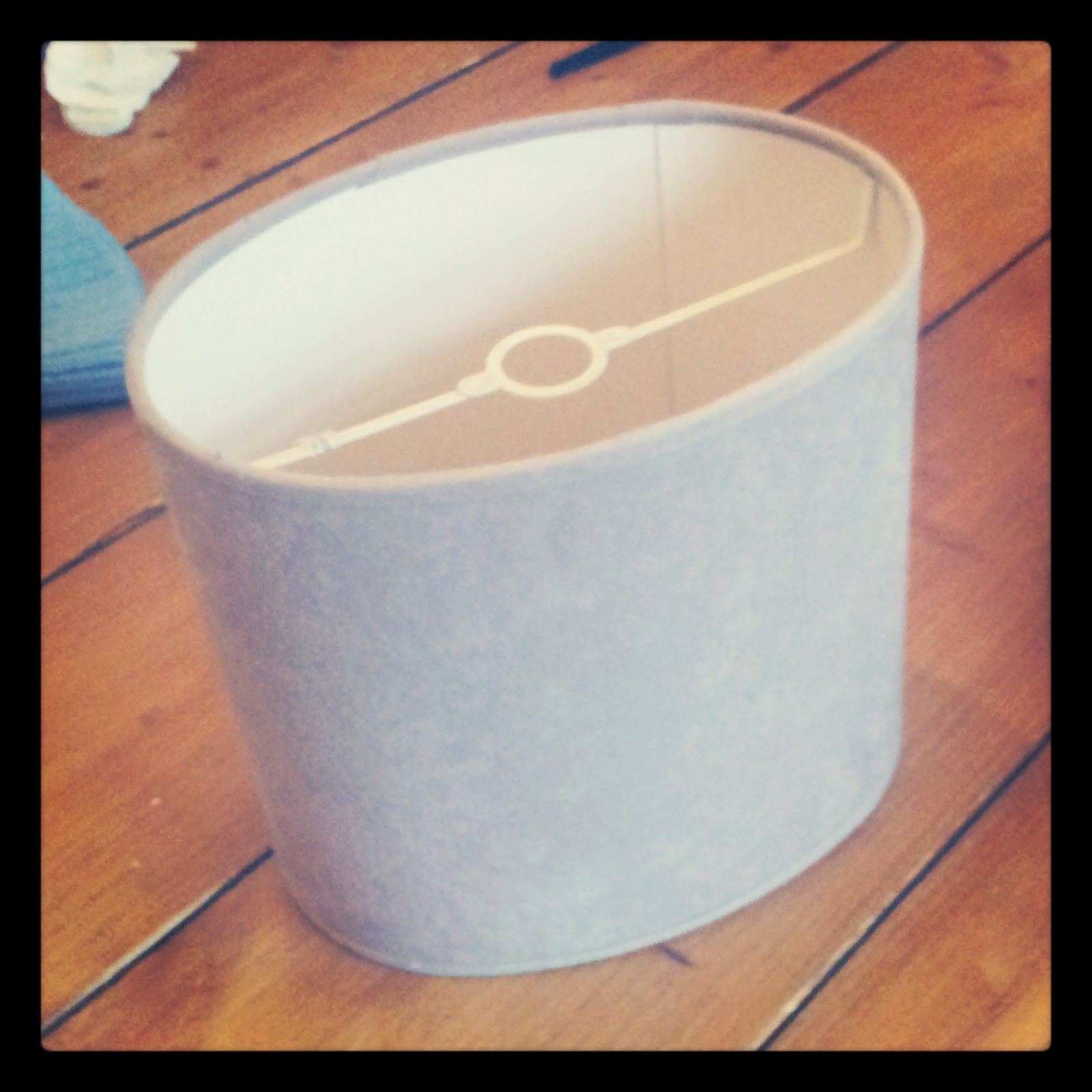 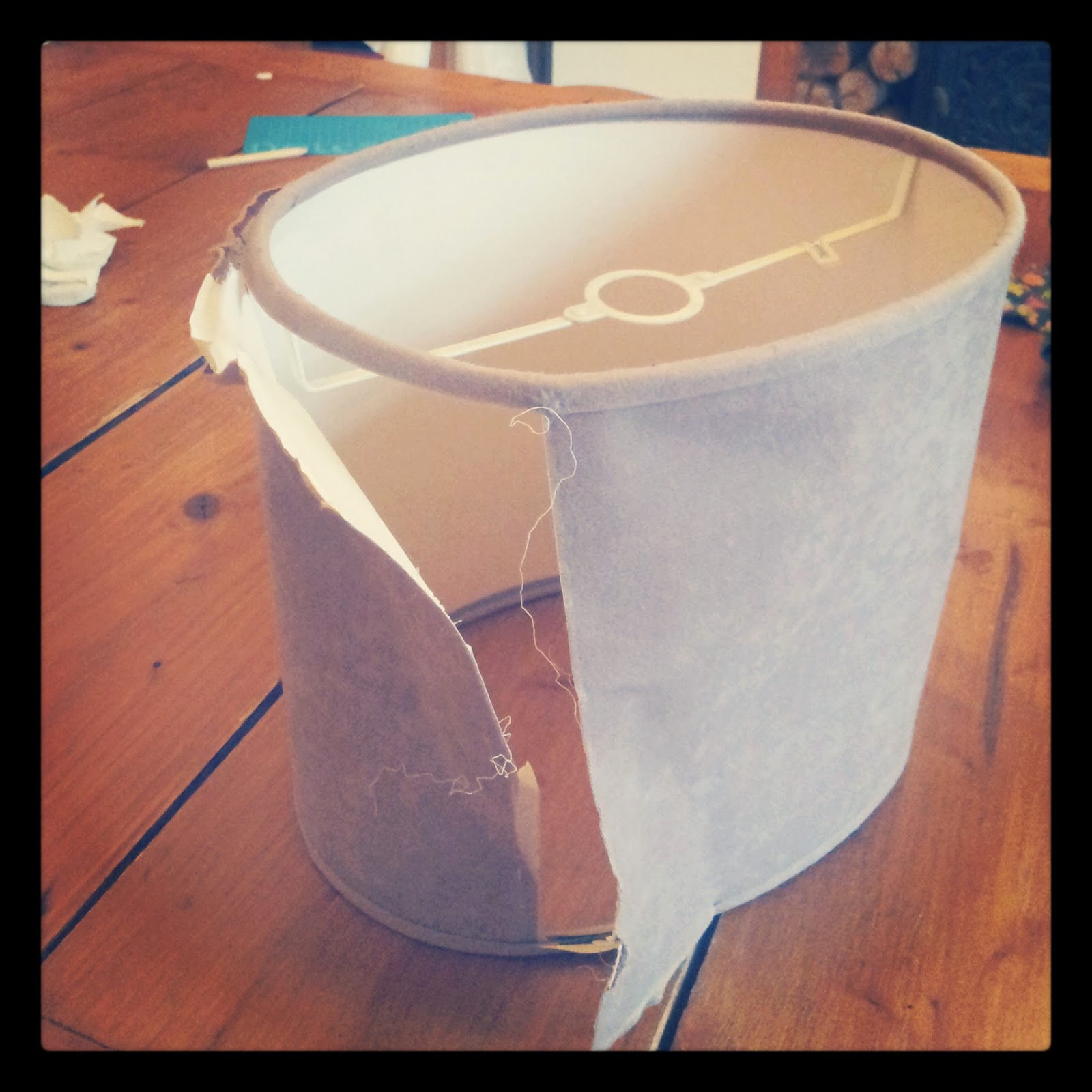 I scoured the glue off the lampshade frame 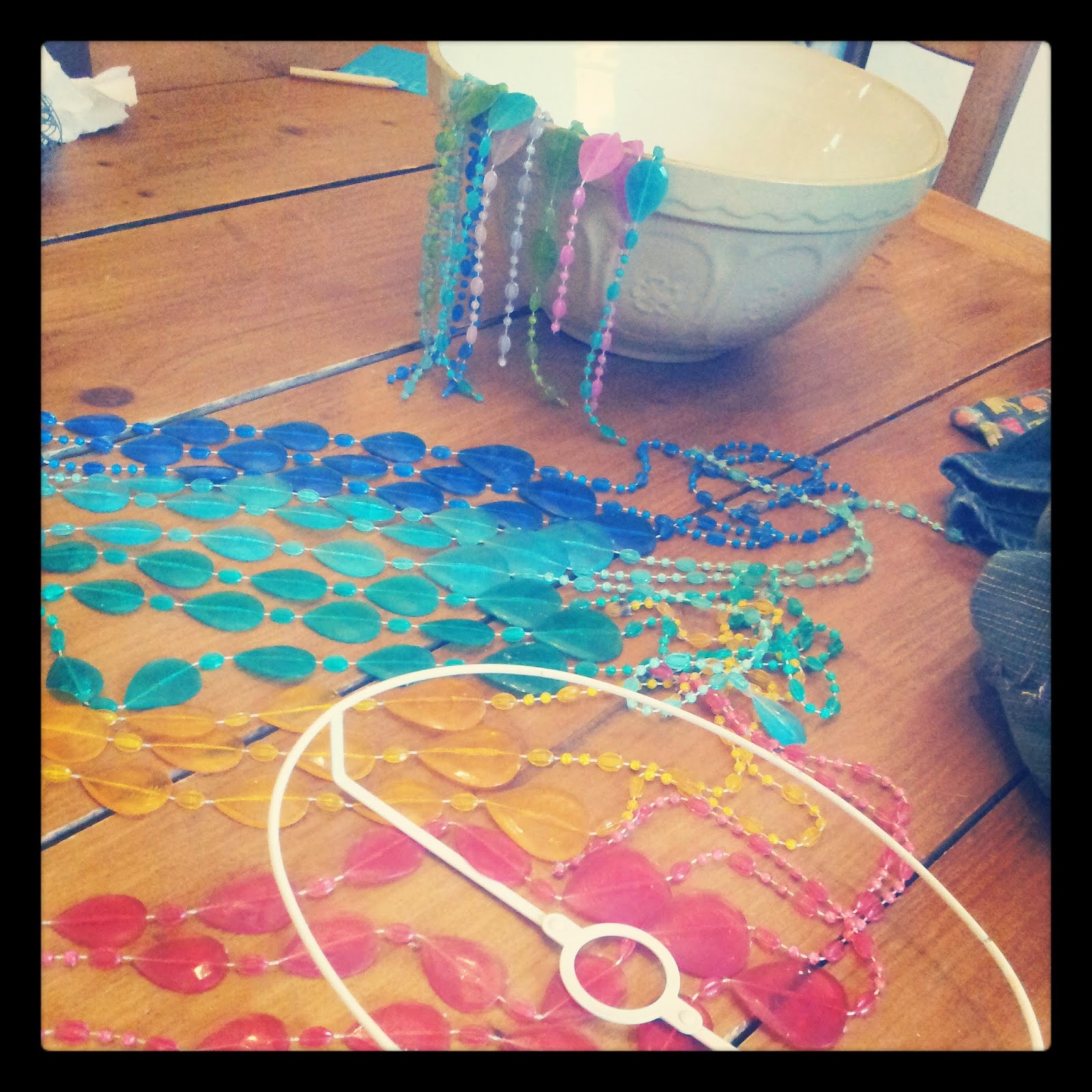 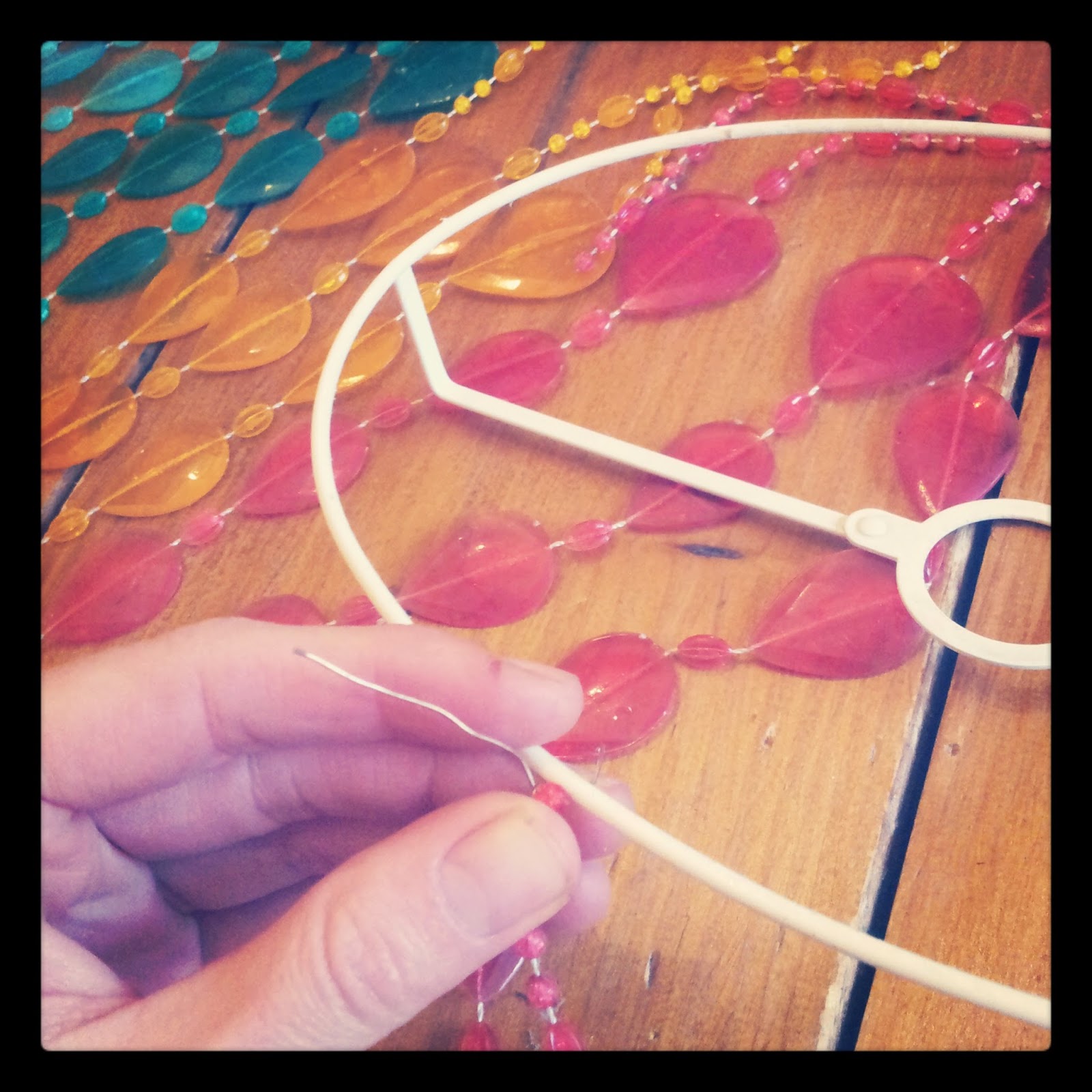 Using a florists' wire, looped around the top bead then over the frame...
I stuck with the same piece of wire, rather than cutting it, to give the beads a bit of structure. 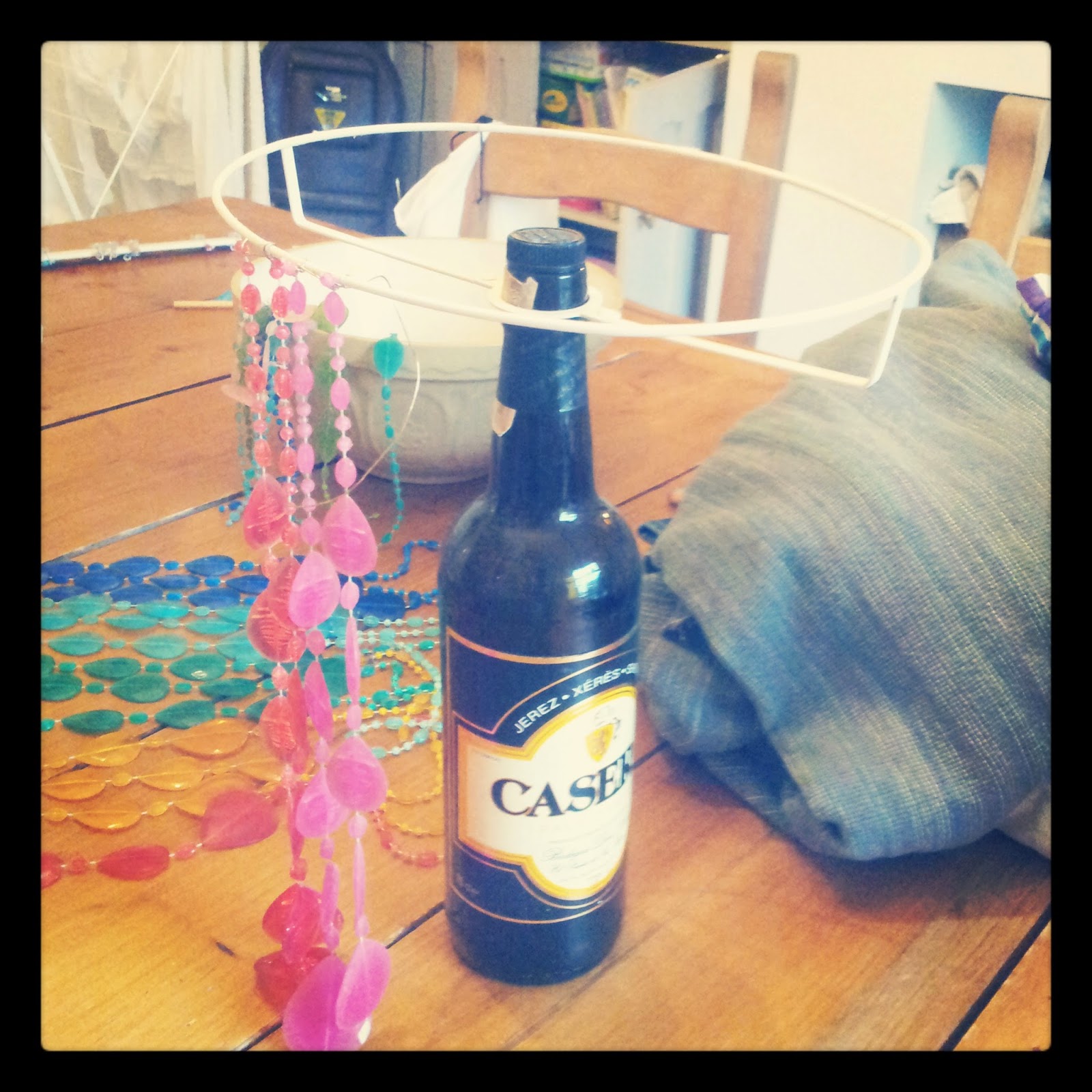 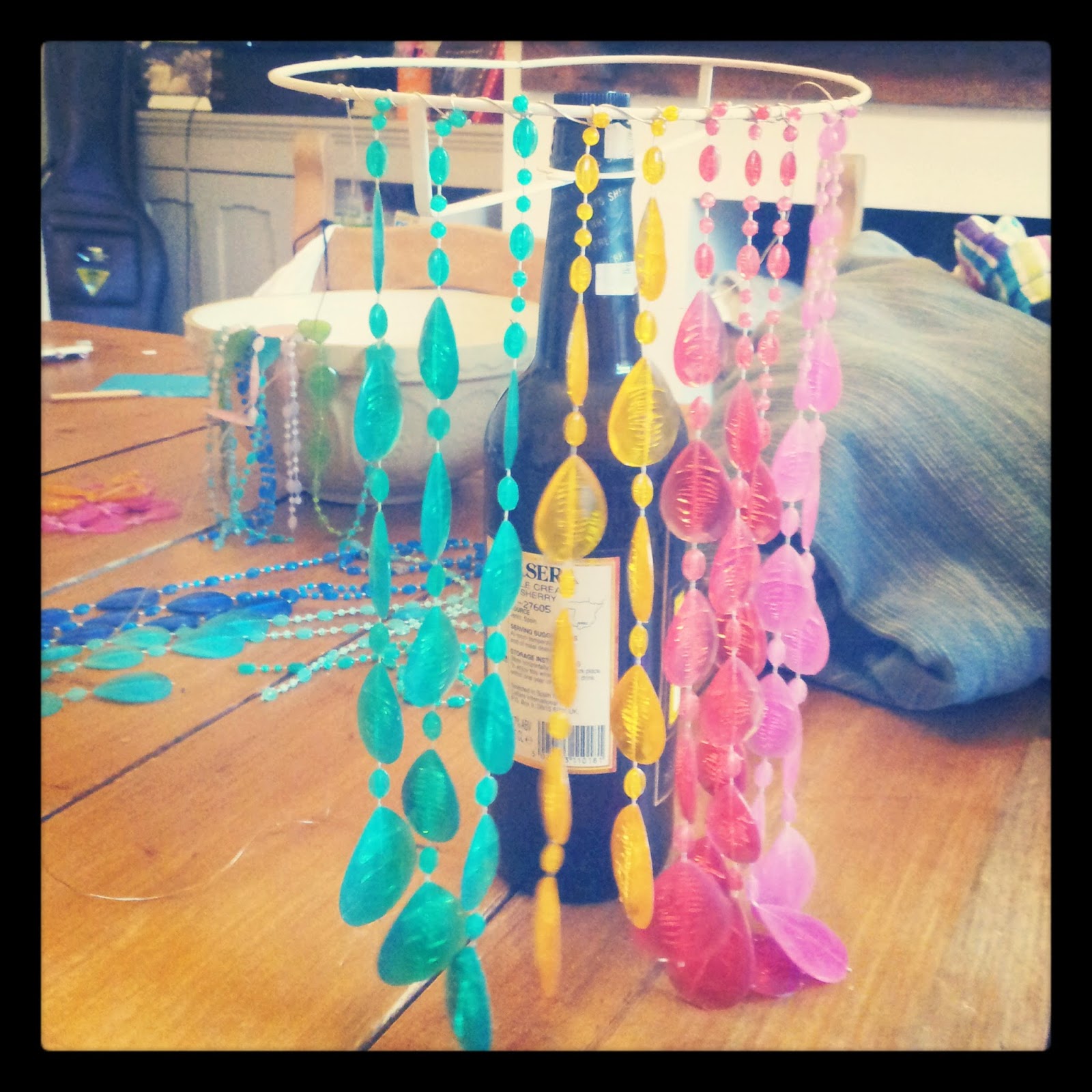 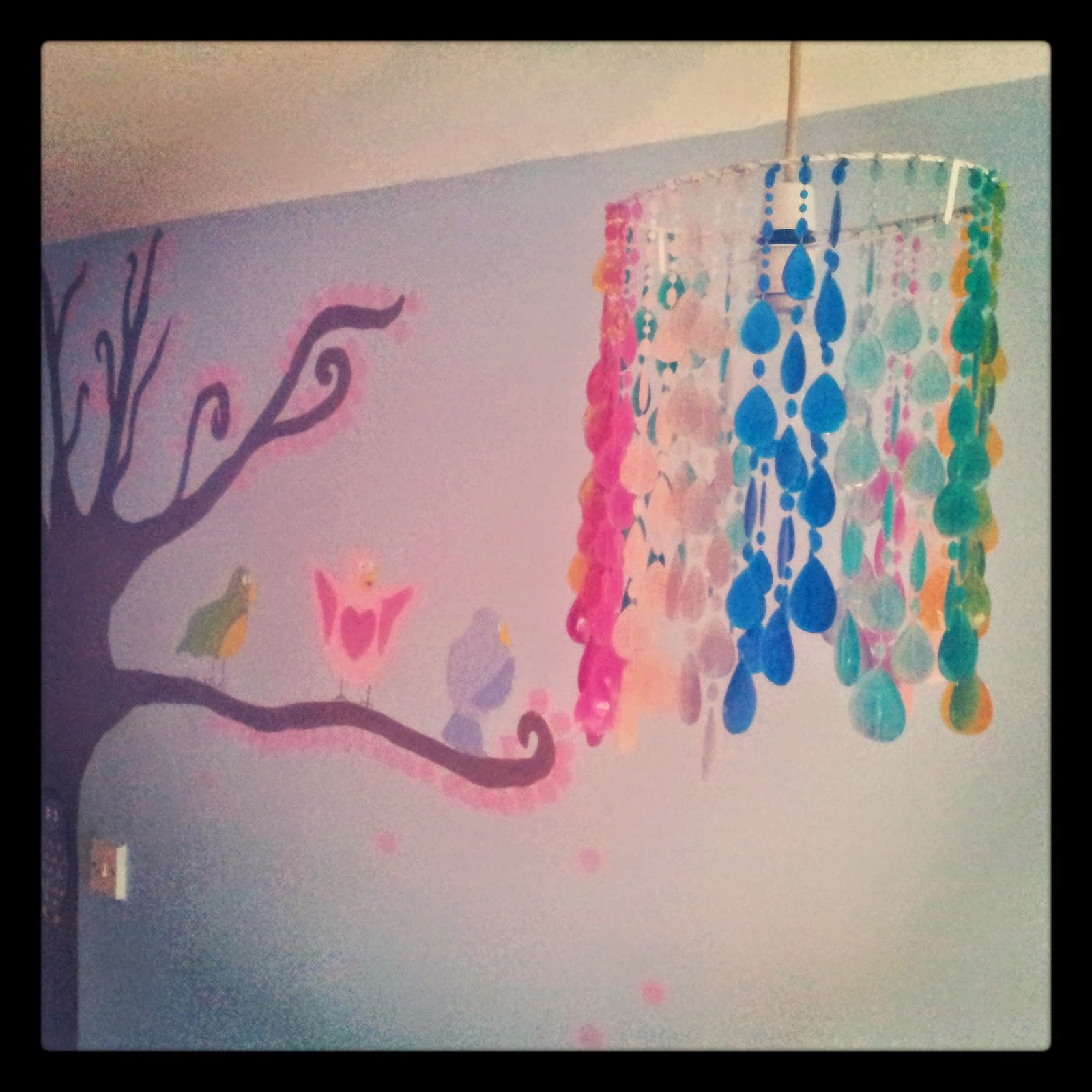 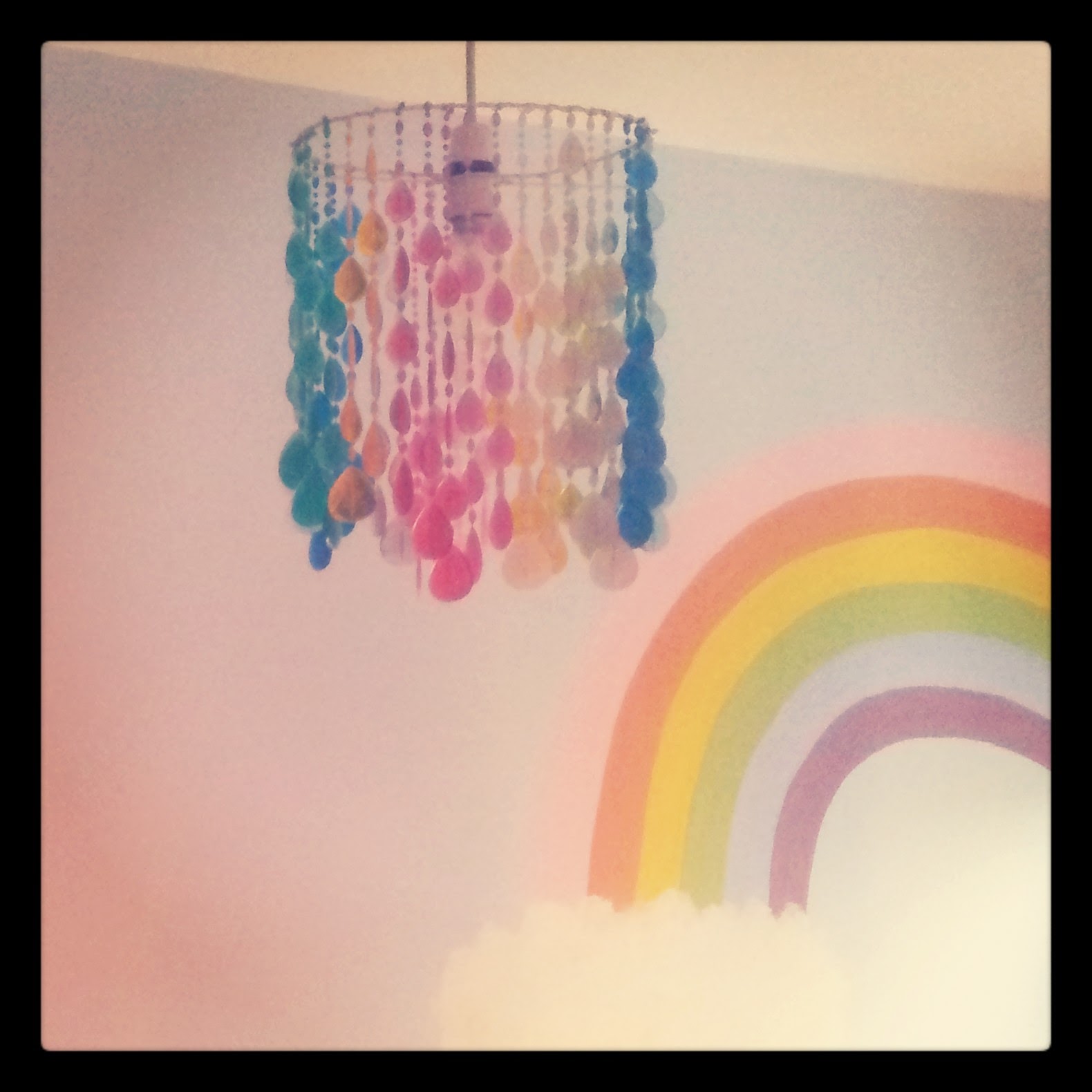 And a little sister version for the bedside table 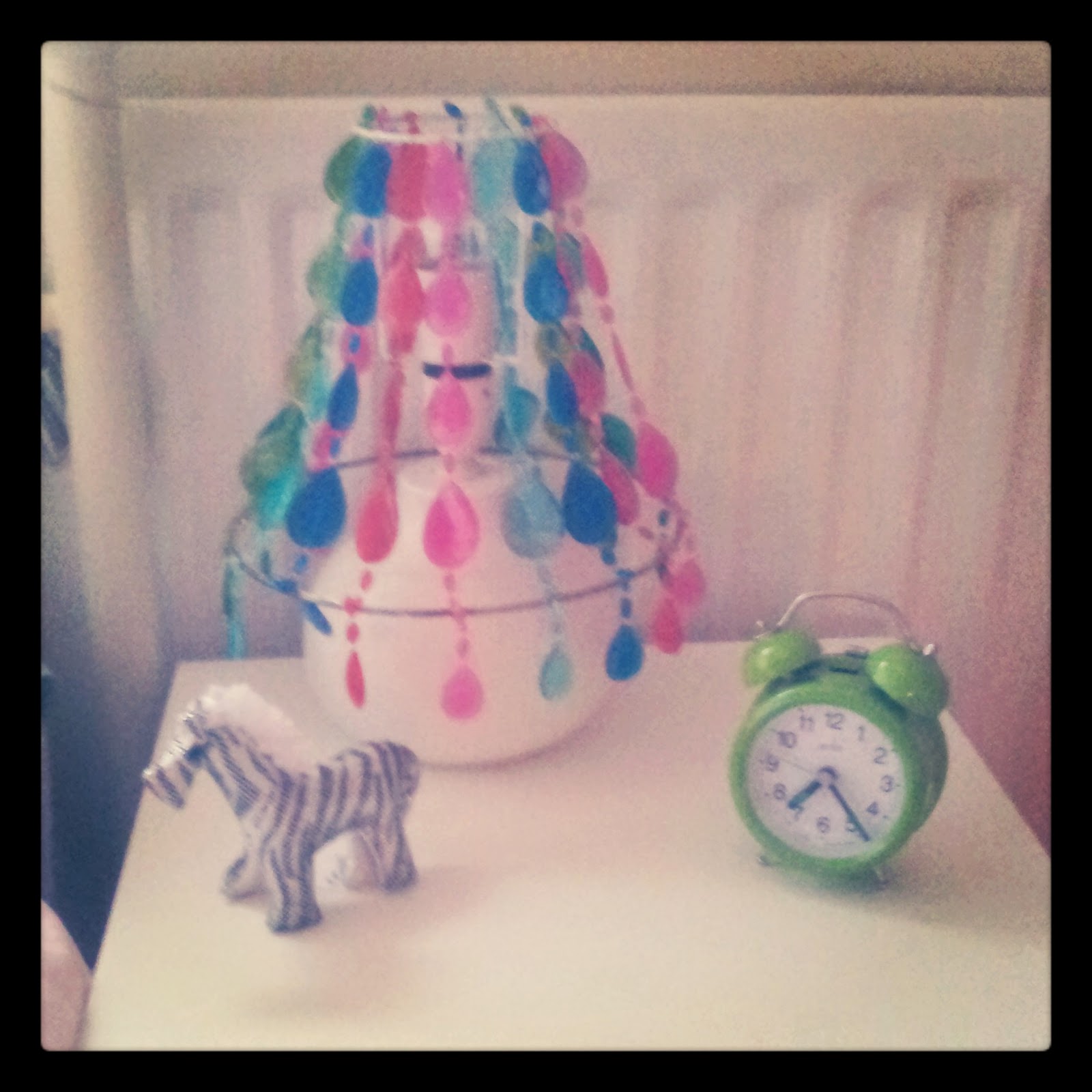